METROPOLIS, ILLINOIS – Who wouldn’t jump at the chance for a photo with the biggest Superman statue in the world?

In this tiny town just across the Ohio River from Padukah, KY,  Metropolis spares no effort in promoting itself as the “hometown of Superman”.   Just feet from the city’s police station and city hall (how appropriate) you’ll see the giant statue that stands 200 feet tall.  (During the holidays, he sports a large Santa hat)

According to supermuseum.com – the official website of the town’s large Superman Museum, original plans for the area back in 1972, included a massive theme park to promote the legendary super hero.   However, an economic downturn forced Metropolis to scrap the idea.

Each Summer, they have a “Superman Celebration”.  I understand the party is BYOC . (Bring your own cape.) 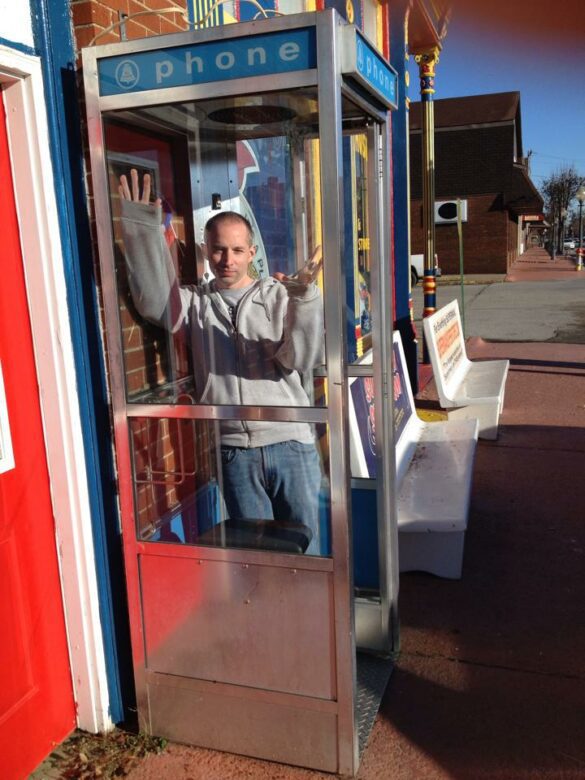 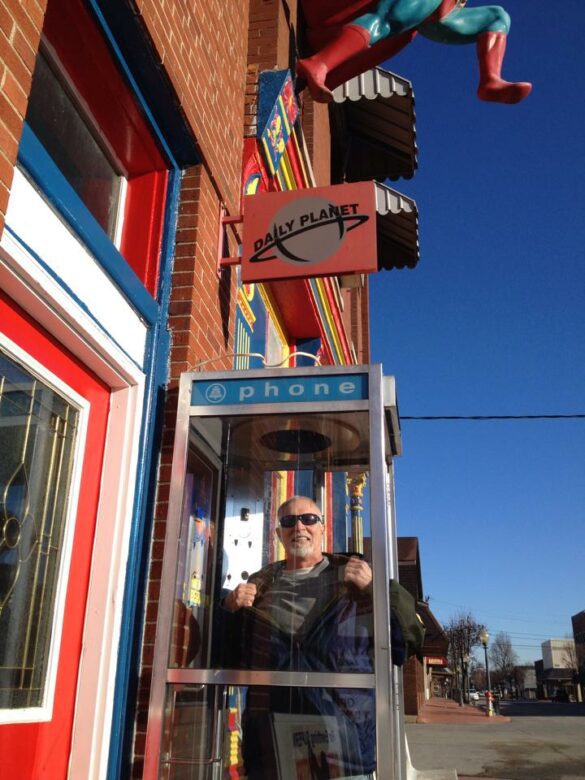 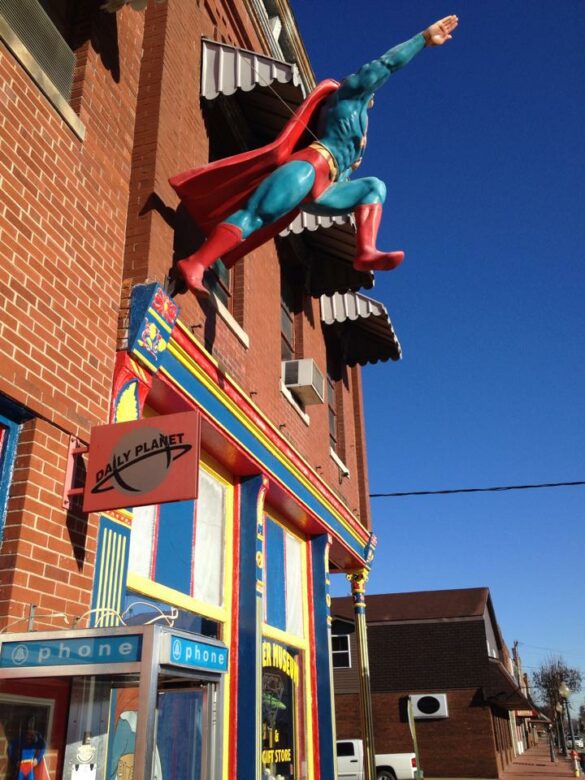 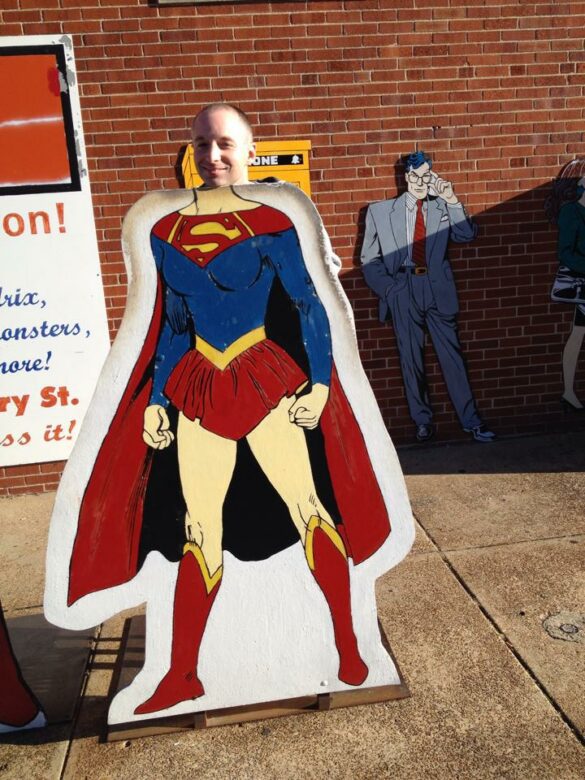 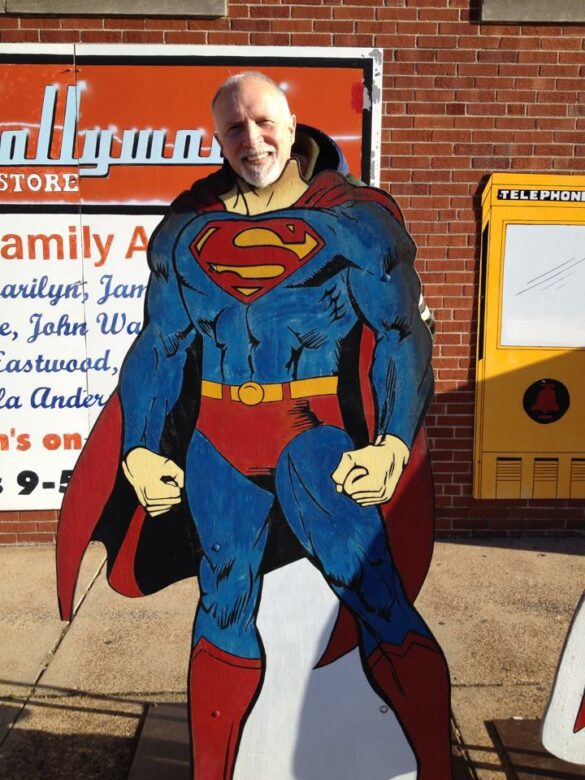 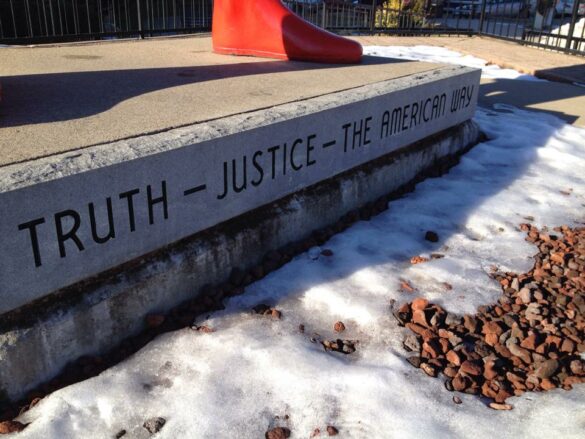 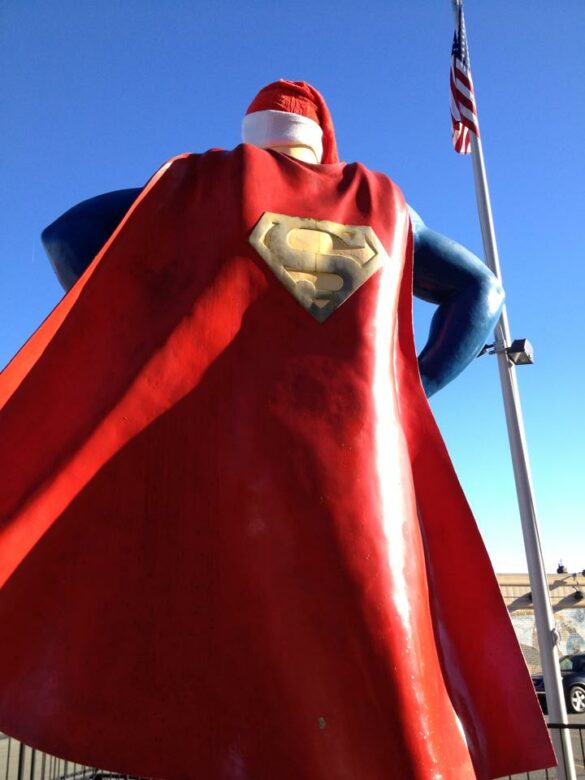 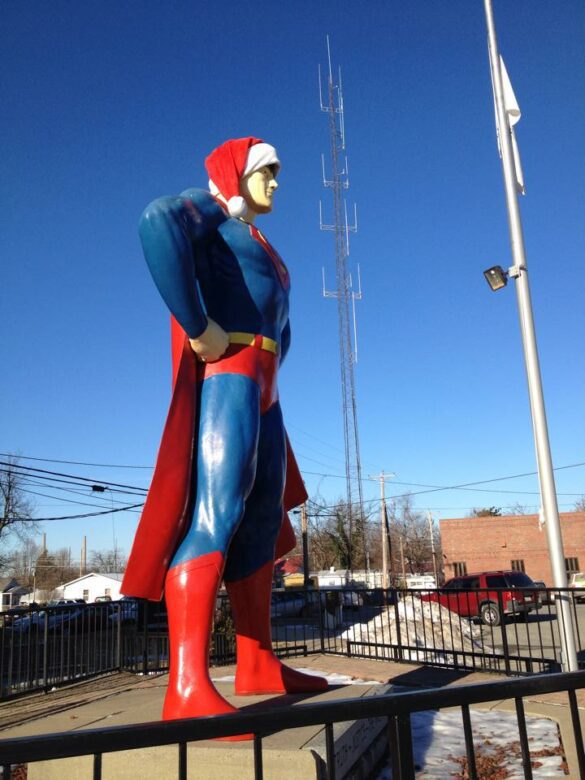 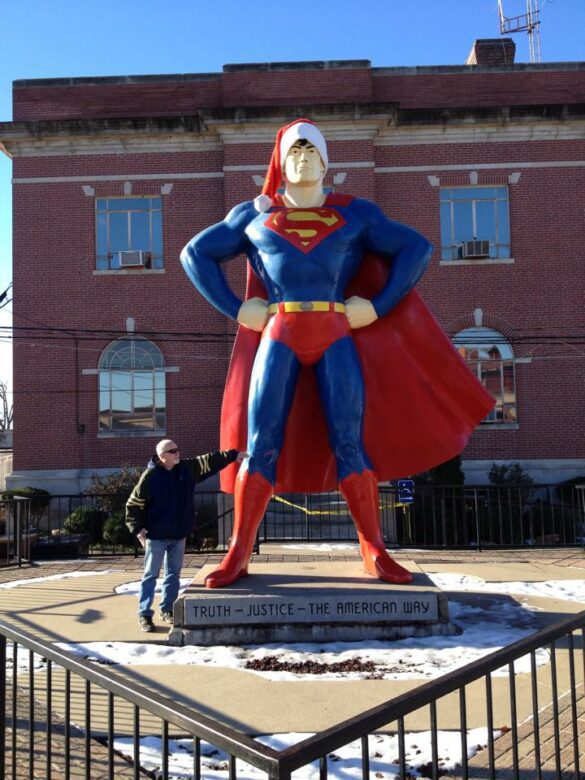 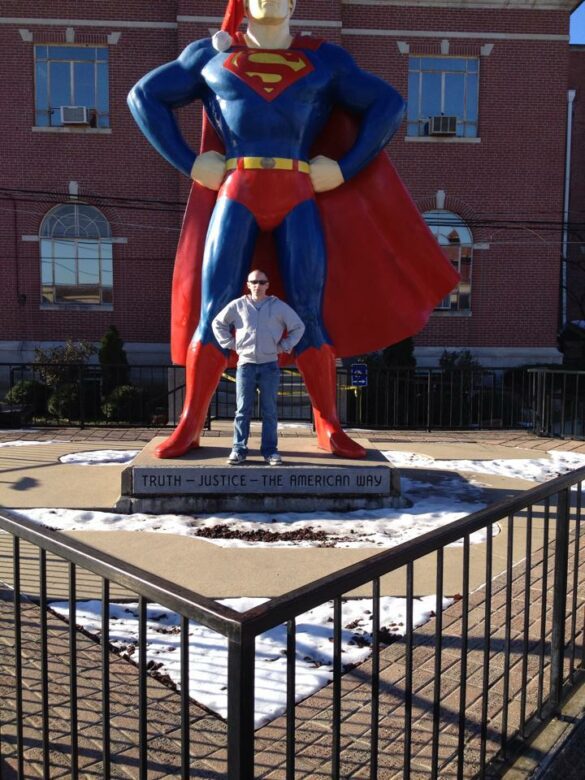