Fred Rogers became a household name for his popular children’s television program which celebrates its 50th anniversary in 2018.   And while Mister Rogers’ Neighborhood left the PBS airwaves in 2001, generations of viewers still have fond memories of the soft spoken, kind, and thoughtful television “neighbor”.    A documentary and a feature film, both based on his life, are set to hit theaters later this year.  And with all of this renewed interest in Mr. Rogers, many fans and tourists are hoping to reconnect.

Recently, I drove to Pennsylvania and tracked down everything from those homemade sweaters to the Neighborhood of Make Believe.  (Don’t miss the full list of places at the bottom of the article.) Mister Rogers’ Neighborhood was produced in Pittsburgh, at the local PBS affiliate, WQED.  The studio wasn’t big enough to do an entire episode so they shot it in segments.   They would tape the puppet segments in the castle, tree, clock and other notable “make believe” scenes in one day.  Then, they’d paint the floor and film the scenes in Mr. Roger’s living room and kitchen on another day.

Karen Myers who handles communications at the Fred Rogers Center, recalls being in the studio shortly after the program wrapped its 31st season and final episode.   “I remember looking down, wondering how many hundreds of layers of paint must be on the floor, knowing they just kept painting and repainting every week, over and over all those years.”

These days the refurbished production space can be rented for a special occasion as The Studio on Fifth, where its website promises “anything is possible”.

The inevitable question of what to do with over 30 years of props, puppets and set pieces prompted most of the materials to be donated around town.   The Children’s Museum of Pittsburgh, The Heinz History Center and even the Pittsburgh Airport has memorabilia from the sound stage. A memorial dedicated to Fred Rogers in his hometown of Latrobe, PA.

Most of the scripts, handwritten notes, photos, and even fan letters wound up in the Fred Rogers Archive at Saint Vincent College in Latrobe.  There are more than 16,000 pieces of material related to Roger’s personal and professional life on site.  “I think people are really surprised that we have all of the fan mail” says archivist Emily Uhrin.  “So far, we have at least 50 big boxes full of letters and Fred personally responded to each one of them.”

Fred McFeely Rogers was born in Latrobe, a small community about an hour south east of Pittsburgh.  His long ties to Saint Vincent College helped secure the location of his archive and the Fred Rogers Center which was established in 2003.   The center has a public exhibit which displays the original main puppets from Mister Rogers’ Neighborhood – including King Friday, X The Owl, Queen Sarah, Lady Elaine and Daniel The Tiger.   The exhibit also displays some of Fred’s sweaters, hand sewn by his mother, and of course, the Neighborhood Trolley. Rogers passed away shortly before the center was off and running. Sadly, he was never able to enjoy a living room space that was designed for him where he could greet and visit with guests.  The space, not part of the public exhibit, houses the piano he used to compose all of his songs used on the show.

One question everyone always asks is if Mr. Rogers was the same on camera as he was off camera.  “I’ve been handling the archives for ten years and I’ve yet find anything shocking.” sayd Uhrin.  “Fred was the same kind man whether he was on TV or on the street.”

WATCH: On this episode of The Roundabout, Bill Clevlen visits the Fred Rogers Center in Latrobe, PA including a behind-the-scenes look at the Fred Rogers Archive which houses puppets, scripts and even Fred’s piano where he wrote and performed all of his songs.

Where To Find Mr. Rogers

-A Fred Rogers Statue on a park bench, and a historical marker is located at the James H. Rogers Memorial Park.

-A collection of sweaters, puppets, and the original Neighborhood Trolley is on the second floor of the Fred Rogers Center at Saint Vincent College.  It’s free and open to the general public.

-The grave site of Fred Rogers is located about a mile from the college at Unity Cemetery.

– The Heinz History Center has a great permanent exhibit dedicated to Rogers on the 4th floor.  You’ll find King Friday’s castle, the tree where X the owl lived, and even Mr. McFeely’s bicycle.   The exhibit also has the set where Mr. Rogers began each program that includes the door he walked through, the bench he sat on to change his shoes and the closet where he’d store his sweaters.

-The Children’s Museum of Pittsburgh has a small collection of Mr. Roger’s memorabilia.

-Pittsburgh International Airport has a kiosk with a red sweater worn  by Rogers, a replication of the trolley and a pair of his shoes.

– The Idlewild Theme Park has a “Neighborhood of Make Believe” section that takes guests around on a life size trolley!

-A large statue depicting Mr. Rogers is located downtown between Heinz Field and the Ohio River.

-WQED TV is the television station where the show was produced. 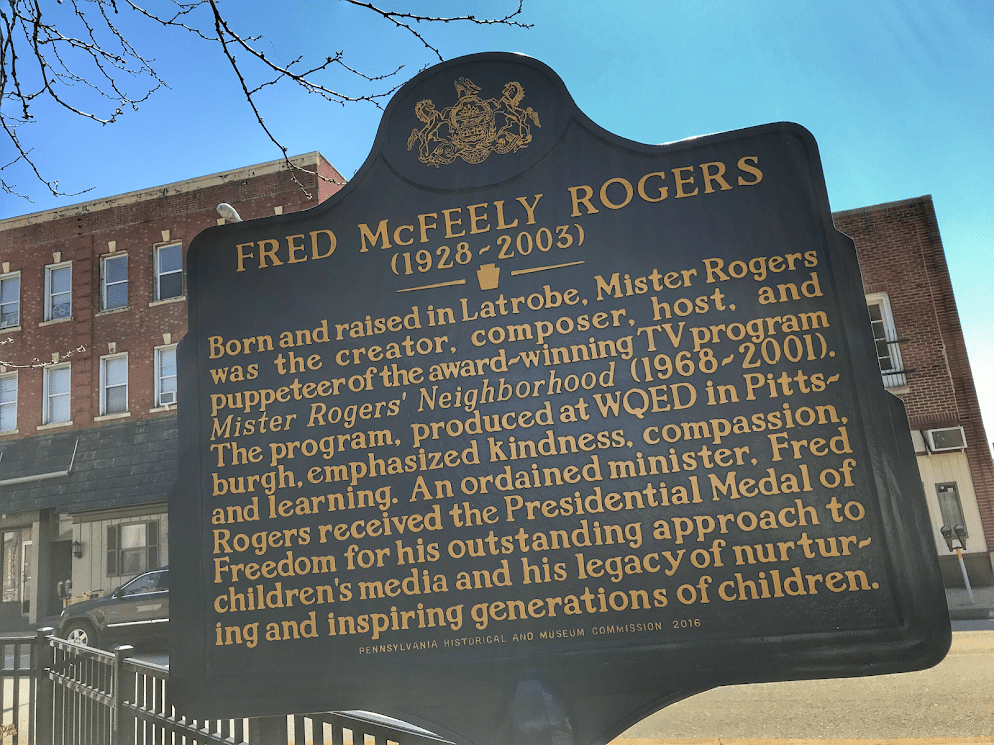 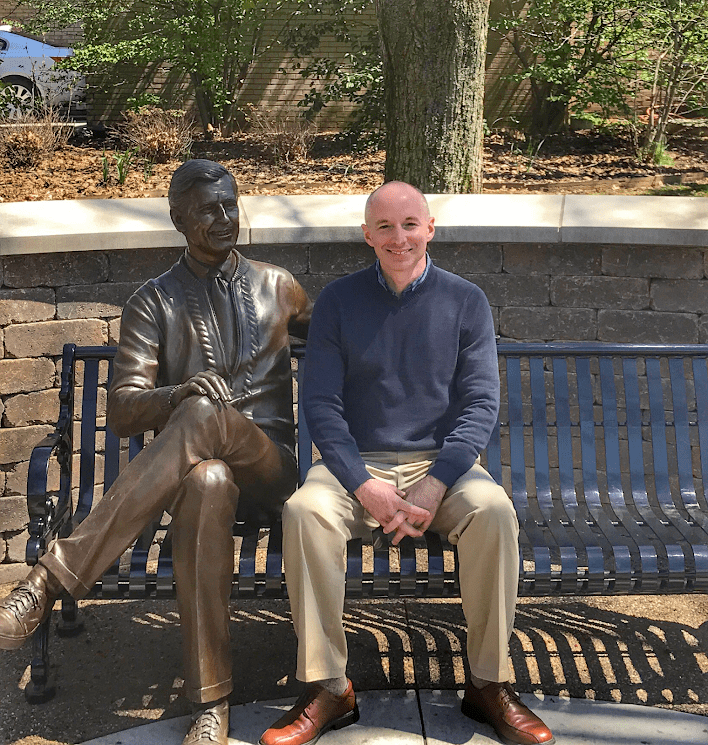 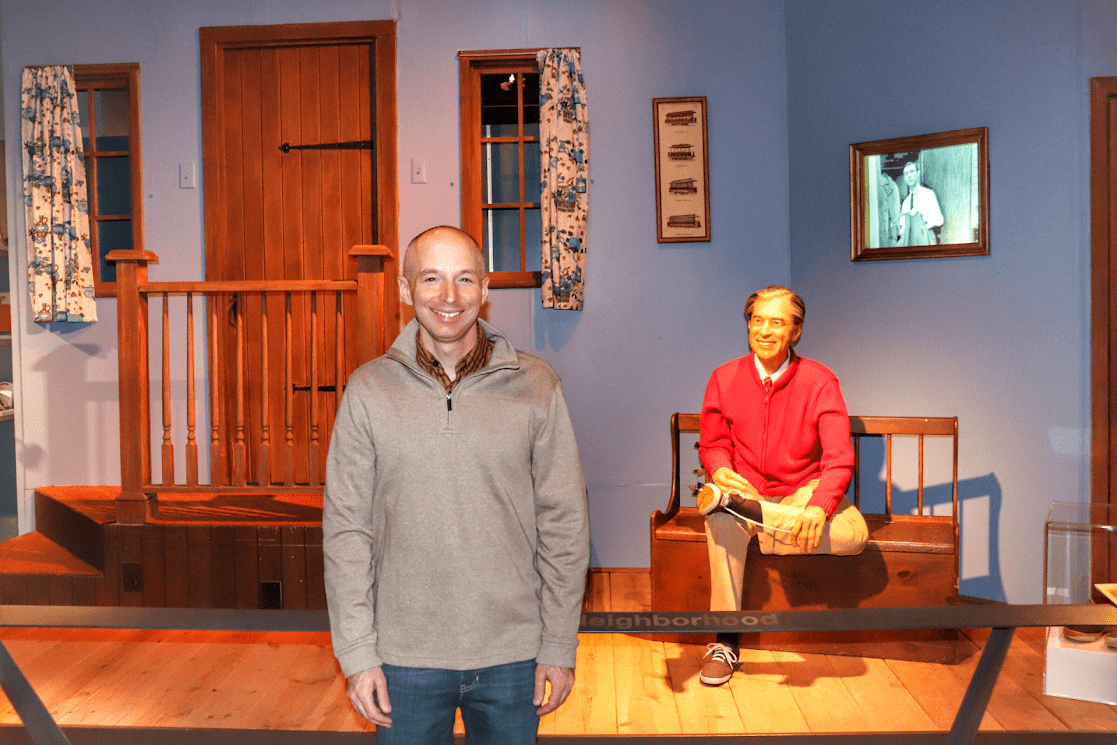 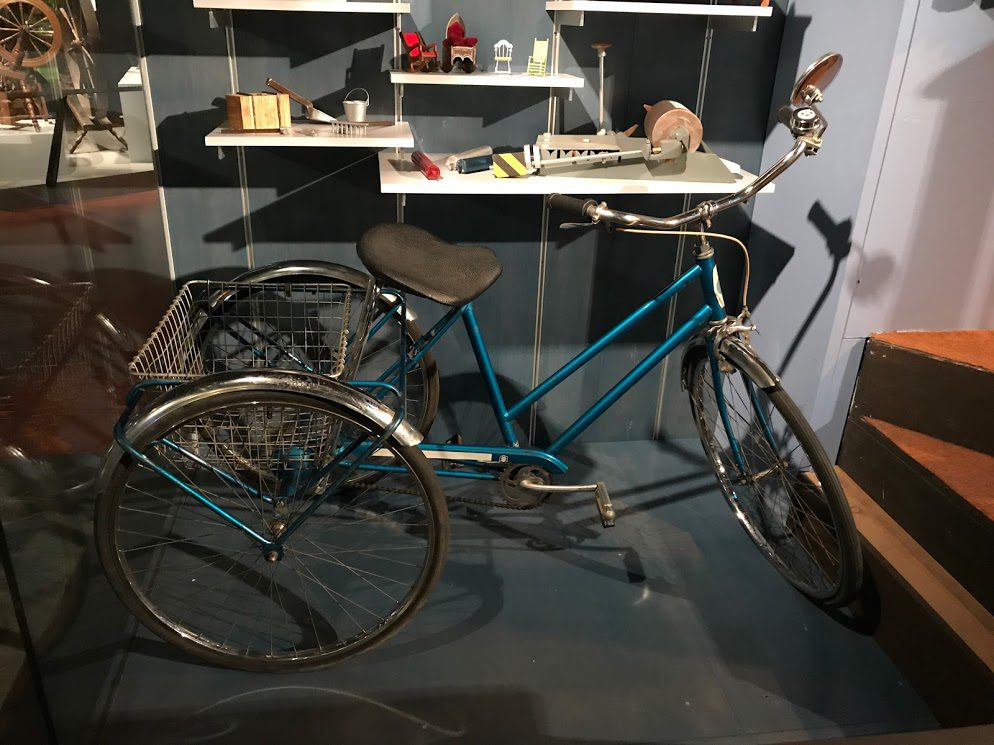 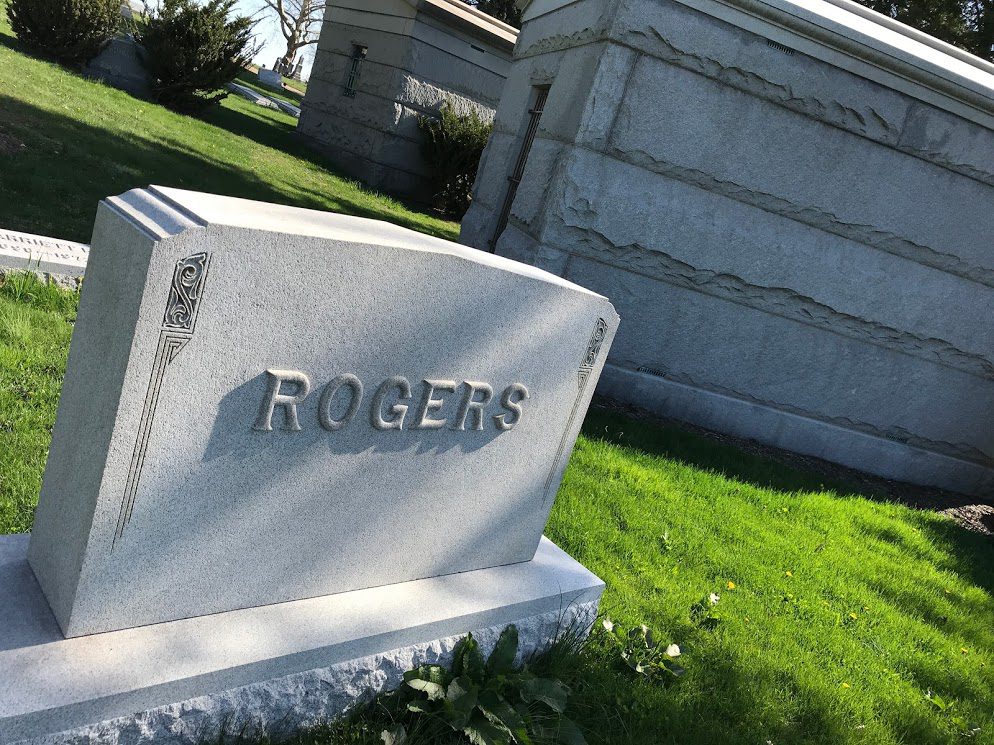