Debbie Brooks has been a Popeye fan for decades.  Along with her husband, Mike they’ve collected thousands of Popeye trinkets, statues, figures, dolls, and everything else you can imagine.

“We have thousands of things that we don’t even have room for in the museum” says Brooks as I stroll around their Chester, Illinois store called Spinach Can Collectibles.

Chester is best known as the home town of Popeye creator Elzie Segar.  Mr. Segar once worked in the same building that Debbie now uses for her museum, store and headquarters for the Popeye Fan Club.

Segar was a projectionist and even played drums when the building was a movie theater.

Most of the Popeye characters are based on real people including Wimpy, Bluto and Olive.  “People are usually surprised when they find out Olive was actually created awhile before Popeye came along” notes Brooks.

Popeye was based on Chester resident Frank Fiegel who was said to strongly resemble the spinach eating cartoon character that first debuted in 1929.   Mr. Segar introduced a love of spinach into the character’s persona after eating it routinely as a child.  Segar suffered from leukemia and his parents were convinced that spinach would be a cure.  He eventually died from the disease in 1938.

Debbie and Mike Brooks moved to Chester in 1994 and began a quest to help put Chester on the map through its ties to Popeye.   Eventually, they opened a museum and convinced the town to embrace the cartoon character’s legacy and heritage.

Today, the town has 13 Popeye statues with several more in the works.  Billboards and signs appear all over town with the comic’s likeness.  Even the local police and fire departments use his face on their logo. 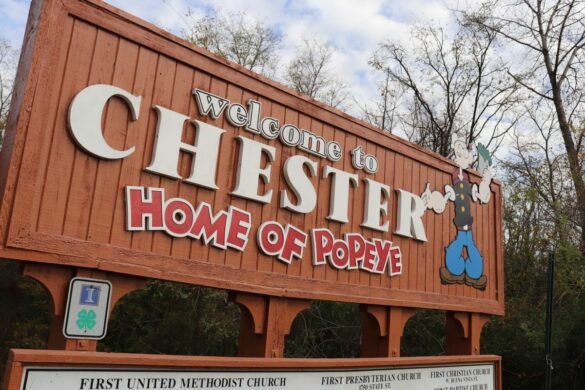 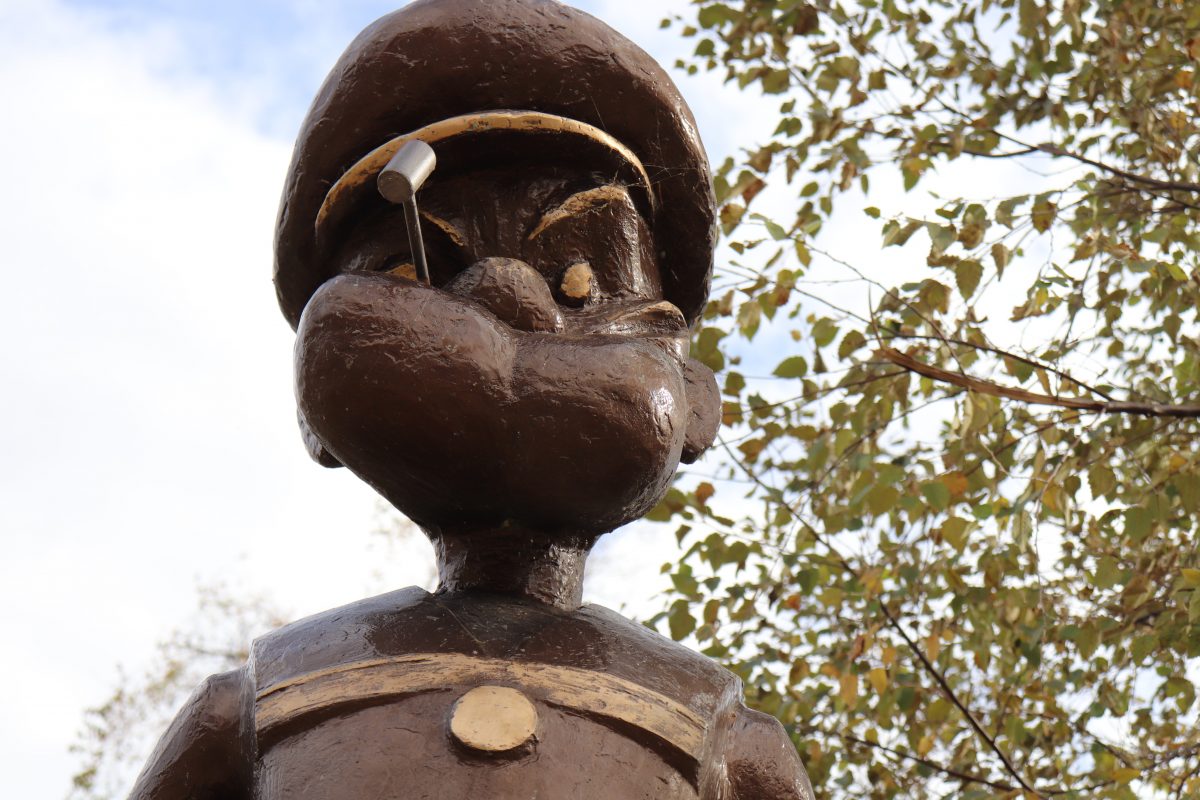 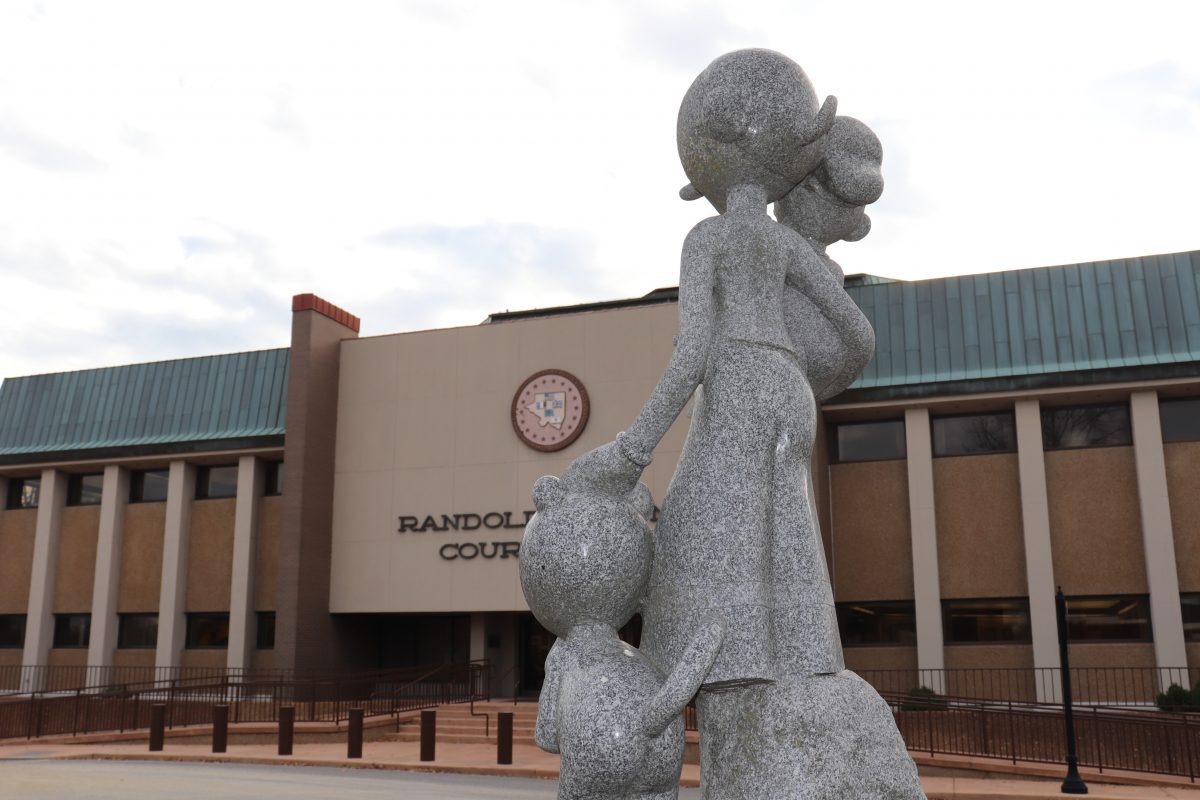 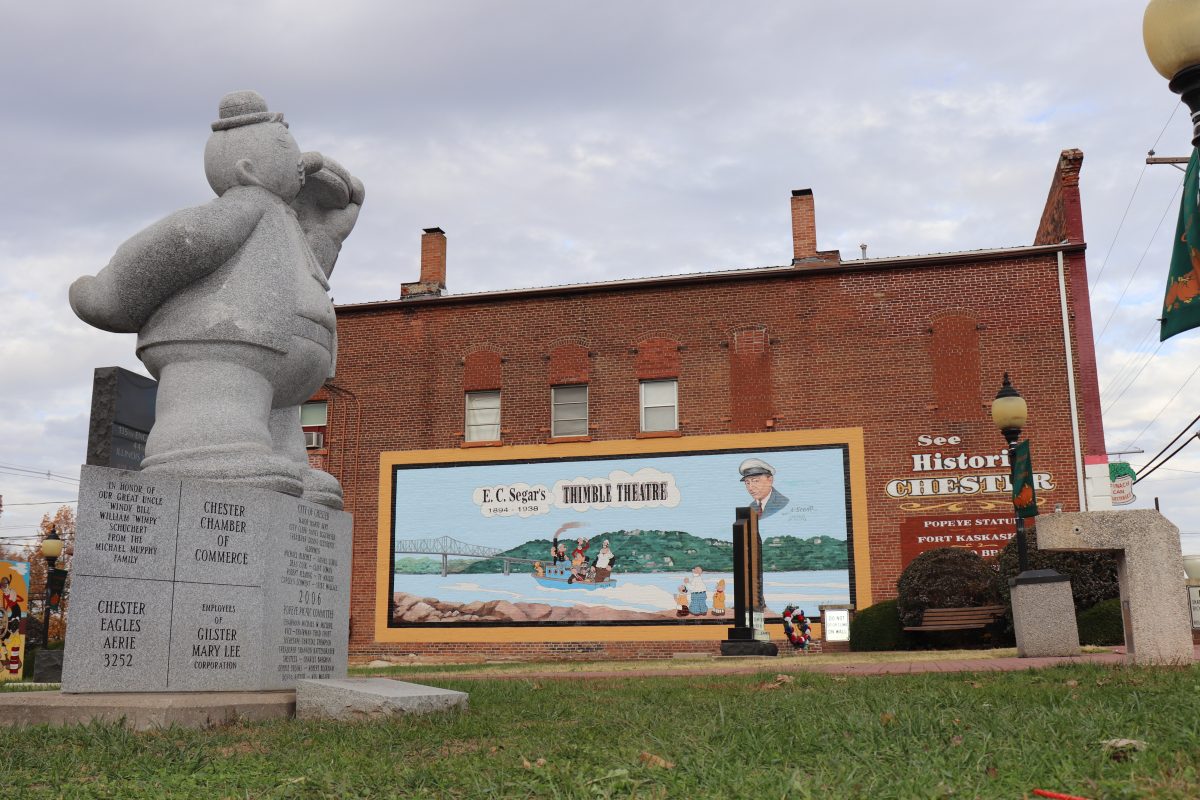 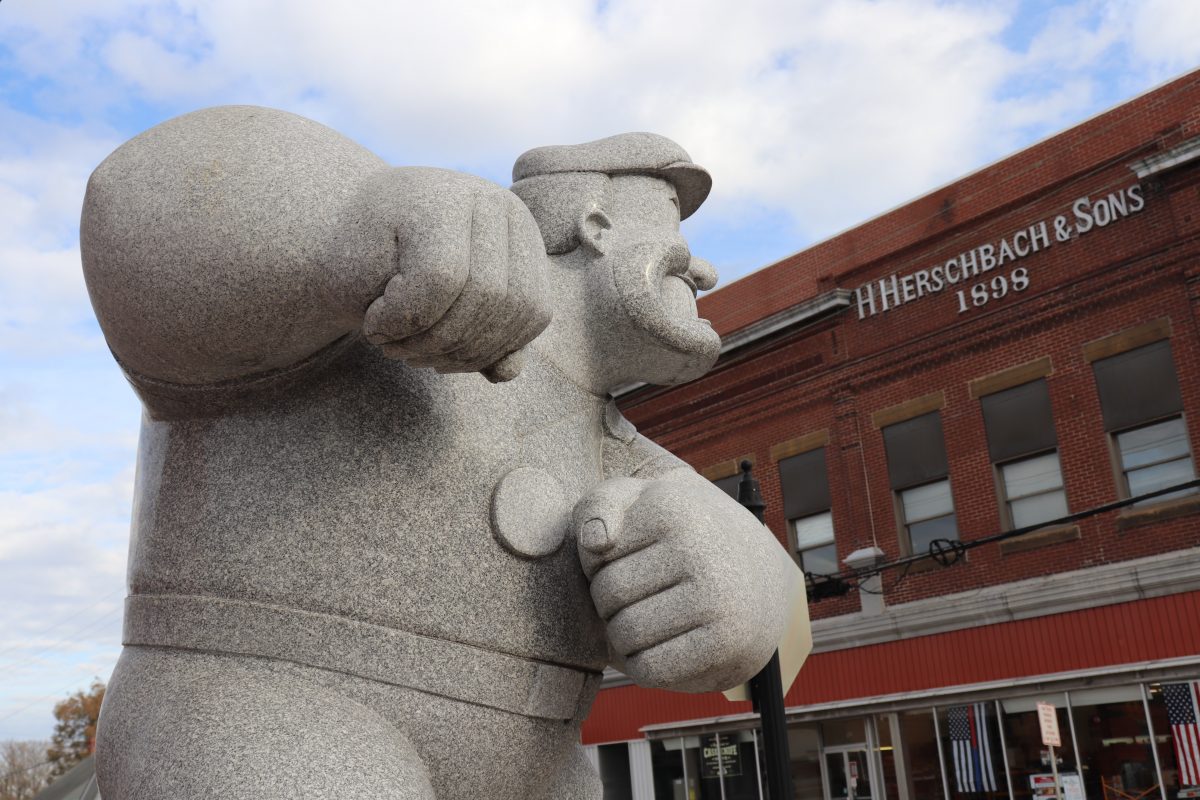 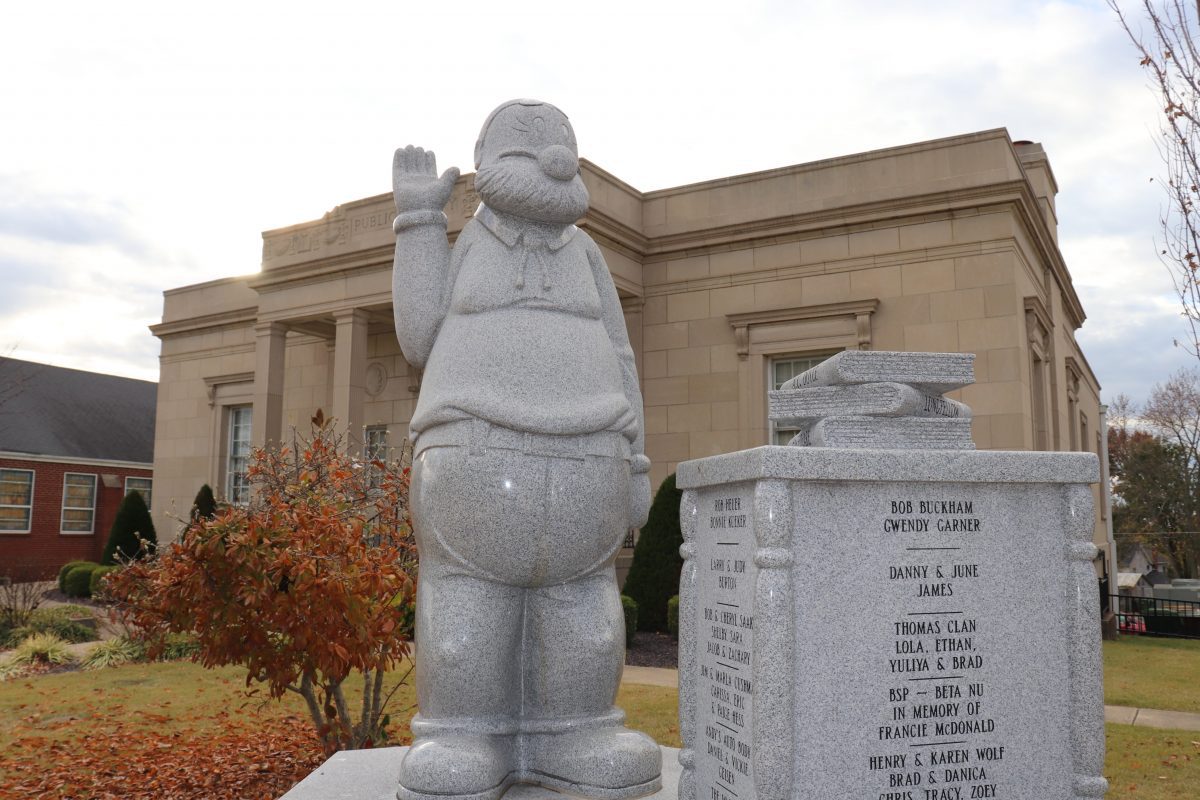 Debbie is fearful that Popeye may one day be forgotten as younger generations aren’t being introduced to him the way other cartoon icons have been sewn into pop culture.   “They apparently tried to make a new film recently but they took away his pipe and spinach and tried to make him politically correct.  It didn’t work.”

The town of Chester celebrates Popeye at an annual celebration each Fall.  To learn more about the fan club or museum, check out: popeyethesailor.com

A Rare Look Below The Children’s Museum of Indianapolis